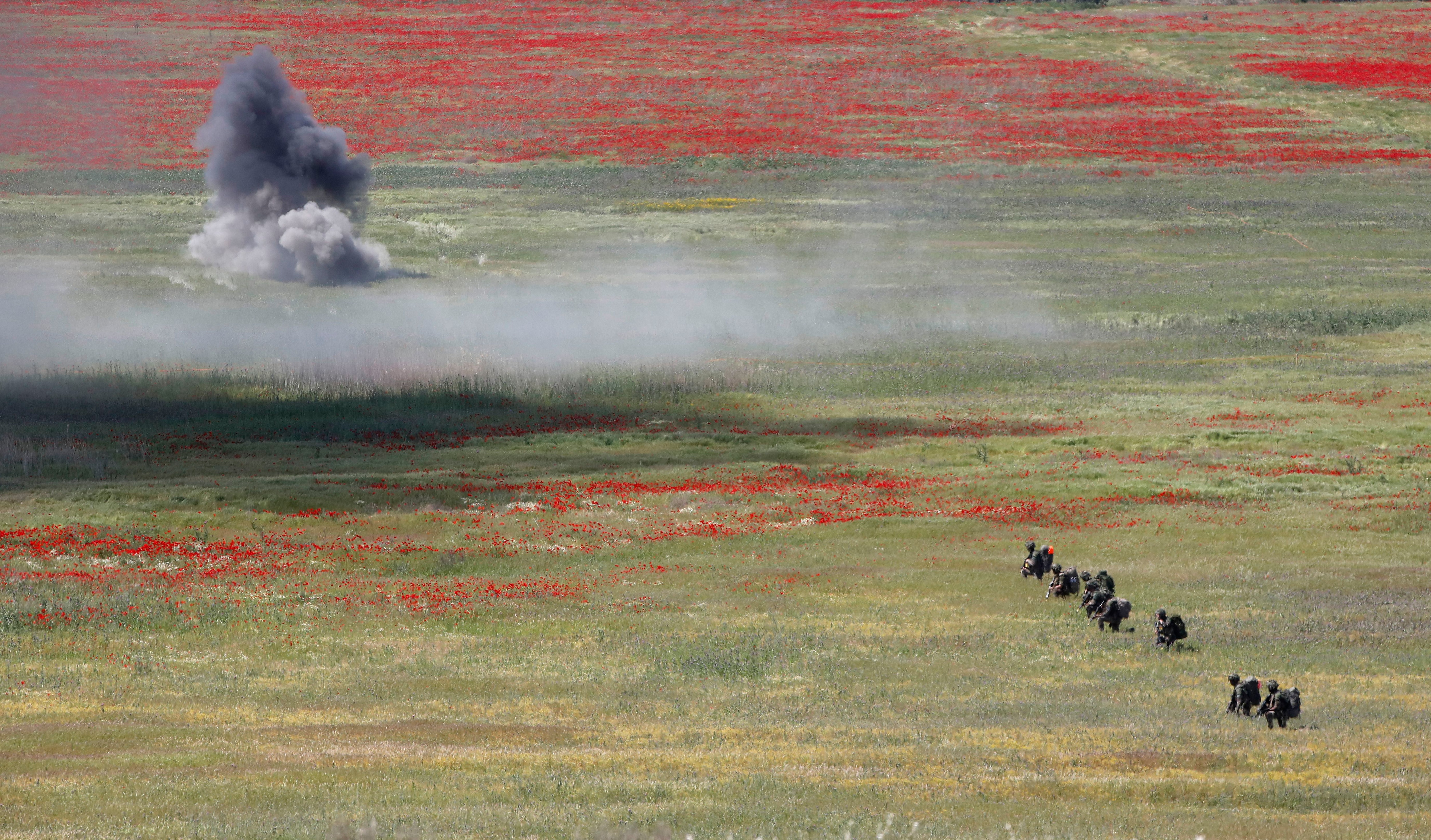 Nearly 10,000 soldiers from 19 nations are taking part in NATO’s planned “Swift Response” exercises as Russia’s war in Ukraine continues for a 12th week. The exercises are being held in five separate locations, spanning from Norway to North Macedonia, military officials said.

“I think it’s a fantastic demonstration of what we can do as an alliance and our ability to project combat power if asked to do so and how quickly we can do it,” Maj. Gen. Peter B. Andrysiak, U.S. Army Deputy Commanding General for Europe and Africa, told reporters after an hourlong display in North Macedonia.

Over the past 10 days, about 4,600 soldiers from Albania, France, Greece, Italy, North Macedonia, Montenegro, the U.K., and the U.S. have taken part in the exercises, which have included parachute jumps at several locations around the country.

North Macedonia formally joined NATO in March 2020. The small Balkan country of 1.8 million people has an active military of about 8,000 personnel.

From American-made Javelins to British-born NLAWs, MilTech’s Todd South looks at the weapons the Ukrainians are using to push back the Russians. […]

While fiscal second quarter revenue of $164.8 million was shy of analyst estimates for $178.1 million, it more than doubled from the […]

California is joining the Joe Biden administration in welcoming immigrants inside the country based on asylum claims. The state plans to dedicate […]